skip to main | skip to sidebar

Welcome to the Editor's Daily Blog 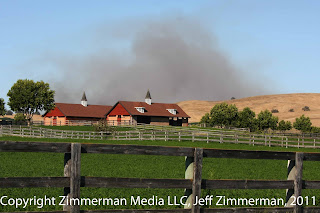 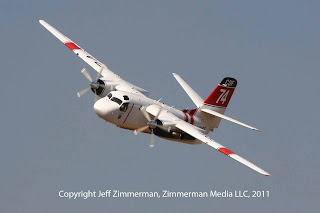 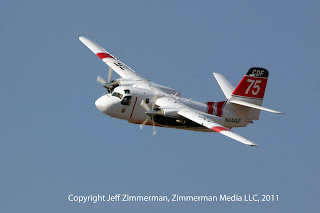 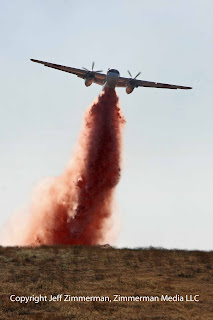 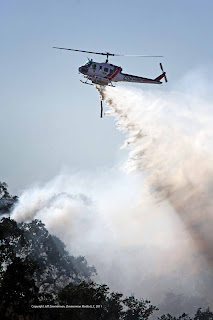 Cal Fire responded to an 80 acre vegetation fire in Shed Canyon in San Luis Obispo County. Air Attack reported a large column building from the air attack base shortly after 4 pm. A full wildland assignment augmented by strike teams from Fresno Kings and air craft held the fire along the rural road west of Highway 41 between towns of Creston and Shandon. No structural loss was reported. Photos Copyright Jeff Zimmerman, Zimmerman Media LLC.
Posted by Jeff Zimmerman at 9:03 AM No comments: 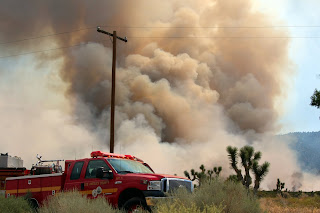 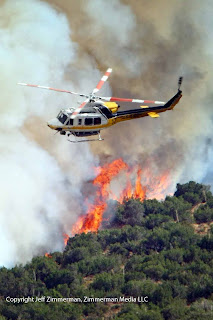 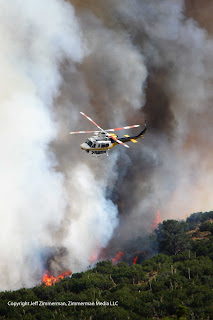 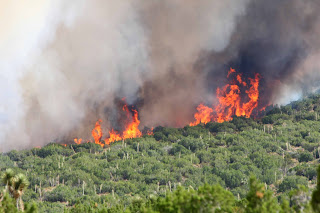 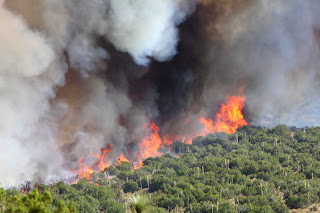 Initial reports of an earthquake in Virginia, Washington D.C. Rattled by quake on east coast: North Anna Nuclear Plant unusual event, shut down for earthquake. There were no immediate reports of major damage or injuries from the quake, which the U.S. Geological Survey said was centered in Mineral, Virginia, between Charlottesville and Richmond. It was initially recorded at 5.8 magnitude.

Washington office workers scurried into the streets after the quake, which lasted for about five seconds and sent items crashing to the floor from store and office shelves.

It was not immediately clear if there was any damage or injuries in New York, but fire department and police officials in Dutchess County, north of New York City, reported structural damage to some buildings.

Posted by Jeff Zimmerman at 11:19 AM No comments:

A LARGE RIDGE OF HIGH PRESSURE TO THE EAST WILL GRADUALLY BUILD WESTWARD THROUGH THE WEEK...BRINGING WARMER TEMPERATURES TO THE REGION...ESPECIALLY ACROSS INLAND AREAS. TRIPLE DIGIT HEAT WILL BE CONFINED TO THE ANTELOPE VALLEY...SANTA CLARITA VALLEY...AND LOWER MOUNTAIN ELEVATIONS TODAY...BUT WILL BECOME MORE WIDESPREAD ACROSS INTERIOR SECTIONS THROUGH THE WEEK. THE HIGH PRESSURE SYSTEM WILL CONTINUE TO SHRINK THE MARINE LAYER DEPTH AND BRING A DRYING TREND TO MUCH OF THE REGION. SINGLE DIGIT HUMIDITIES WILL OCCUR THE NEXT FEW DAYS ACROSS THE ANTELOPE VALLEY AND PORTIONS OF THE MOUNTAINS...WITH POOR OVERNIGHT RECOVERIES. LOCALLY GUSTY ONSHORE WINDS CAN BE EXPECTED EACH AFTERNOON AND EVENING ACROSS THE LOS ANGELES COUNTY MOUNTAINS...ANTELOPE VALLEY...AND SANTA CLARITA VALLEY. LOCALLY GUSTY SUNDOWNER WINDS WILL ALSO BE POSSIBLE WEDNESDAY NIGHT AND THURSDAY NIGHT...WITH POTENTIALLY VERY WARM AND DRY CONDITIONS ALONG THE SANTA BARBARA SOUTH COAST AND ADJACENT FOOTHILLS. MID-LEVEL MOISTURE MAY DEVELOP OVER THE REGION LATER THIS WEEK...BUT THUNDERSTORM CHANCES ARE MINIMAL DUE TO A FAIRLY STABLE AIR MASS. THE PROLONGED PERIOD OF VERY WARM AND DRY CONDITIONS WILL BRING HEIGHTENED FIRE WEATHER CONCERNS TO INTERIOR PORTIONS OF SOUTHWEST CALIFORNIA THROUGH THE WEEK.
Posted by Jeff Zimmerman at 10:51 AM No comments:

http://losangeles.cbslocal.com/2011/08/22/firefighters-battle-2-brush-fires-in-the-cajon-pass/
Posted by Jeff Zimmerman at 3:56 PM No comments:

High Pressure In Control of Weather

STRONG HIGH PRESSURE WILL DEVELOP ACROSS SOUTHEAST CALIFORNIA OVER THE NEXT FEW DAYS.HIGH TEMPERATURES WILL BE WARMING AND HUMIDITIES WILL REMAIN LOW TODAY THROUGH WEDNESDAY.HIGH TEMPERATURES WILL BE WELL ABOVE SEASONAL NORMALS WITH MOST HOTTER DESERTS IN EXCESS OF 110 DEGREES. MINIMUM HUMIDITIES WILL BE WELL BELOW 15 PERCENT EACH DAY ACROSS MOST OF THE LOWER DESERTS. THUNDERSTORM CHANCES ARE MINIMAL AND NOT EXPECTED TO IMPACT THE AREA. GENERALLY LIGHT DIURNAL WINDS ARE EXPECTED THROUGH TUESDAY.
Posted by Jeff Zimmerman at 12:53 PM No comments:

More than two years after the Jesusita Fire wreaked destruction in the hills of Santa Barbara, a group of homeowners and the California Department of Forestry have filed two separate lawsuits seeking reimbursement for property damage and suppression costs caused by the fire.
The Jesusita Fire — which investigators say was accidentally started on the morning of May 5, 2009, by two volunteer trail workers who were using a weed trimming tool to clear brush on the Jesusita Trail — burned over 8,700 acres above San Roque Road and Ontare Road before being contained in a firefighting effort that cost the county $17 million. In the two weeks that the fired burned, 85 homes were destroyed and 15 homes were damaged.
On behalf of 70 individuals whose homes were affected by the fire, Los Angeles-based attorney Brian Heffernan filed a lawsuit last month against Stihl tool company — which manufactured the FS 110 brush cutter that allegedly sparked the fire — seeking “fair” reimbursement of damage caused to his clients’ real estate and property.
According to Heffernan, the company did not warn users that a three-point metal blade attachment on the tool — which investigators say struck a rock and sparked the Jesusita Fire — posed a “hidden danger.”
“If you do exactly what this company tells you to do … you can cause a fire,” Heffernan said. “That’s what happened in Santa Barbara.”
Although no monetary figure for damages has been set, Heffernan said he expects to go forward with a trial. Stihl — which is approaching the end of a 30-day period to settle the litigation out of court — issued this statement to The Independent: “STIHL Inc. is reviewing the complaint recently filed in Santa Barbara, Calif. regarding a 2009 wildfire and at this time has no comment.”
Meanwhile, the two trail workers who wielded the Stihl tool — Dana Larsen and Craig Ilenstine — are facing litigation of their own. The California Department of Forestry filed a civil complaint against the two men in May seeking more than $35 million in damages accrued in fighting and investigating the fire. According to the complaint, Larsen and Ilenstine “breached their duties through their acts, omissions, and/or carelessness in failing to avoid the possibility of fire, to take fire-preventative measures, or to extinguish a fire.”
Posted by Jeff Zimmerman at 11:59 AM No comments:

A video depicts why you should wear your sfaety gear!
Posted by Jeff Zimmerman at 11:53 AM No comments:

God Speed Brother William Callaway. We will all miss you and we thank you for your dedicated service to the City of San Luis Obispo Fire Department and to CSFA. It is with heavy hearts that we say good bye and for a job well done.

To view the photo montage please click on the William Callaway Memorial below the header. 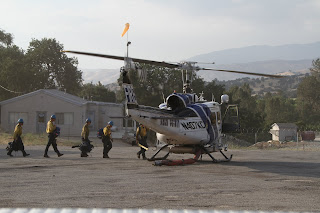 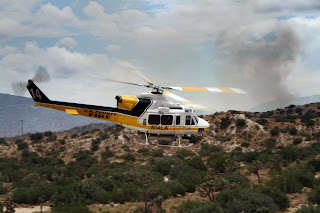 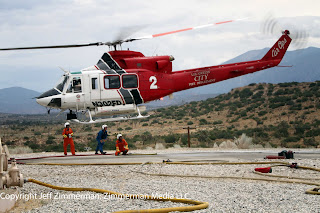 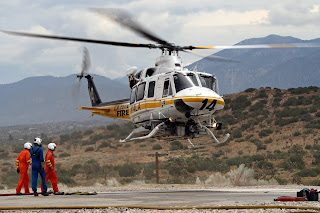 A series of lightning strikes sparked several small fires in Los Angeles and Kern County this weekend. Water dropping aircraft was used at Little Rock Reservoir and the other along Mt Emma Road at approximately 85th street east. US Forest Service, LA County and LA City helicopters were called in to work the fires which were held to under 10 acres.

Lightning formed for 3 days over the desert floor as mosit subtropical mositure came up from the south and high temperatures hit the century mark. The air mass should start to dry out this week and demiminish the threat of thunderstorms. Photos Copyright Jeff Zimmerman, Zimmerman Media LLC
Posted by Jeff Zimmerman at 11:56 PM No comments:

How often do you read the blog